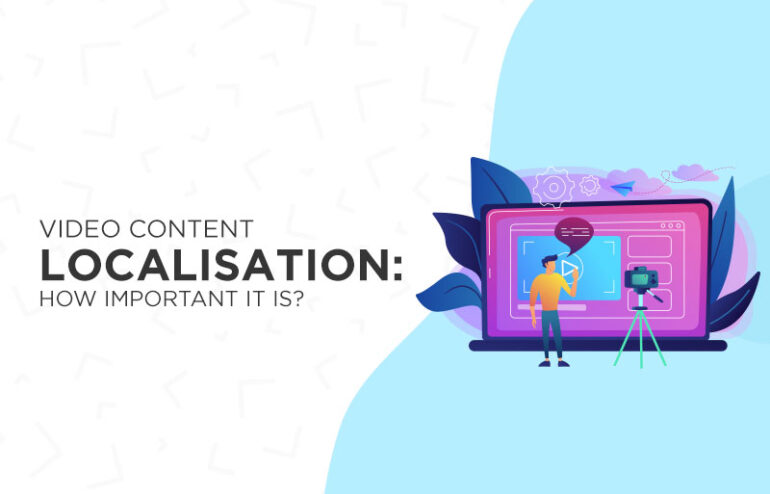 Video content is quite important for the learners of an elearning video.

The videos have the maximum impact and hence their audio needs to be in the native language.
Apart from the localization of elearning videos, companies are also relying on videos for driving sales. The Internet has also led to more and more people watching your videos and hence videos with subtitles have a far-reaching effect. Hence, its important that the videos are available in local languages. 82% of the traffic a company will get will be from videos. From the purpose of sales, having a localised video has become quite important.

Customers now want to watch videos about a product, rather than reading some informative material about it. Thanks to the advent of social video websites such as Instagram and Youtube, having product-based videos with subtitles is quite important. There are various kinds of videos used for video content marketing such as influencer videos, product reviews, interviews etc. Videos have reached a new level of popularity. Hence, there are 2 billion video watchers on Youtube every month. Apart from that, Youtube records 500 minutes of videos uploaded there every minute. Video content has assumed an important role in marketing because customers don’t have long attention spans. Besides that, there are always ads shown on the internet which distract the customers.
So video content marketing is the best way to capture customer’s attention and deliver the message. Subtitles, dubbing and translation all are used for localization of a video.
So, what are the necessary steps for localisation of video content:

So, localisation of the content is quite important for creating an inclination among the local audience to watch the videos.
You can localise a video and get the best response for it from different audiences.