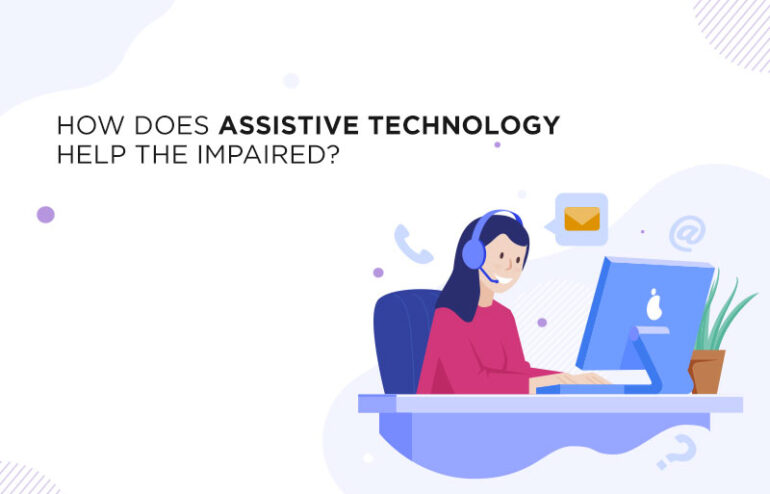 How does Assistive technology help the impaired?

Learning is now enabled for all.

Thanks to assistive technology, learners can easily grasp the information from e-learning materials.

But the question arises, what is this assistive technology?
There is an assistive computer technology through which a disabled learner can talk to a computer. This technology has created audio and visual aids for learners with disabilities.
E-learning material helps those learners who are unable to go to places for taking the training. Apart from being impaired from traveling, e-learning also helps those who are unable to hear the sound in this material. Besides hearing and seeing disabilities, learners also have understanding problems due to which special eLearning material needs to be designed for them.