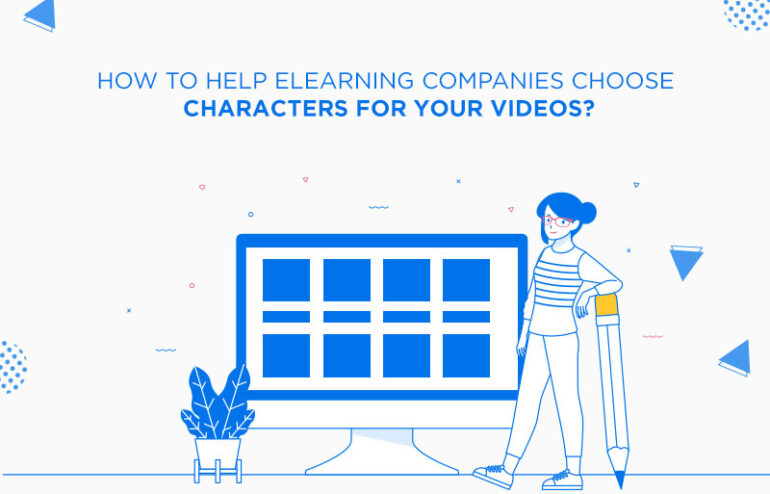 How to help elearning companies choose characters for your videos?

Elearning requires a lot of research and effort. Thats the job of the elearning companies. But how to create an interesting elearning module.

You can help elearning companies in this regard.

For example, it’s often monotonous to listen to a single voice in a module over and over again. It’s better to include two or three voices in the module. You can use a single interview in the video, and then include 2 or more people talking in it.

When you have a clip of someone else talking during the elearning video it makes sure there is no monotony. For example, there can be an interview of a person giving feedback about a junior employee, which can be interrupted with the clip of the employee himself.

It’s better to include two-person dialogue in the video. This promotes better retention of the video. You cant have one narrator speaking all the bullet points. This is the personalisation principle for multimedia learning theory by Mayer. The idea is that people learn more when content is in a conversational style. They learn less when the content is in a formal style.

When two speakers are involved in the conversation, the style is quite different. One person is the narrator who puts forth his knowledge and the other person is the learner who asks questions. This technique is often used in movies. For example, when you watch crime shows, there is often the detective explaining the whole story behind the crime to the assistant or the junior detective. This explanation can also be given by a coroner to someone less experienced.

Use learners as characters

You need to decide what your audience is. Their typical characteristics should be included in your characters like their experience and background. Apart from that, why are their major issues due to which they need elearning? These issues can be in the form of obstacles faced by them which are affecting their work quality.

Mentors in the video

You also need to decide the characteristics of the mentor, like what should be his age, personality etc. Studying the less experienced person gives you more information about the mentor. It’s because who is he working under and whom he looks upto. This can help you in deciding the dialogues of the mentor also.

It’s important to understand that you need to take care of gender diversity also. A character needs to be male and another character needs to be female. There should also be racial stereotypes included in the elearning module also. If you show people of colour in the leadership roles this makes sure that ethnic diversity is represented.

This is how you can include characters and conversation in the elearning videos. You can discuss all the intricacies of the characters with the chosen one of the elearning companies and they can develop a storyboard for you.