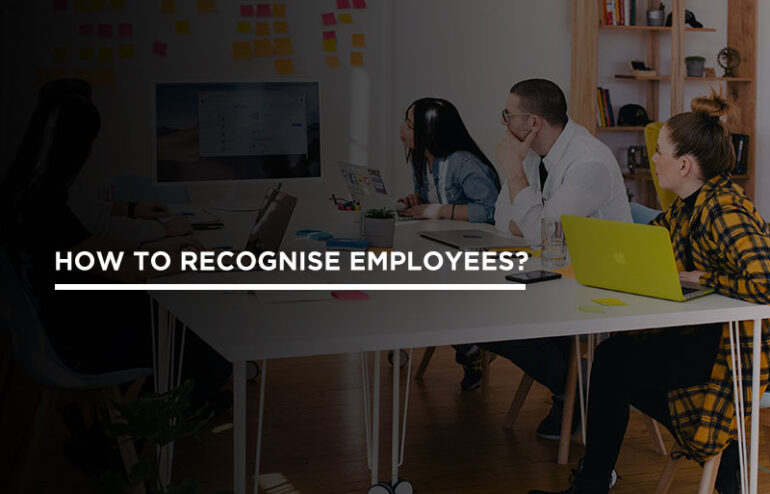 How to recognise employees?

It’s very important for companies to recognise employees. Employees can achieve a lot once they are recognised consistently. Although employees are not doing big stuff every day, they are investing their time and energy in the small stuff. Companies often don’t pay sufficient attention to this small stuff.

So, it’s important that even the smallest behaviour of employees is recognised.

In a survey, it has been discovered that 8 out of 10 employees in the US feel that they are not appreciated in their workplace. The managers are not focussing on recognising employees for their small acts also.

These acts can include the following:

The employees should be recognised informally. Its because when they are personally recognised, they also feel gratitude. Of course, recognising them publically has its own benefits. This is the job of the managers which employees will value which kind of appreciation. The recognition should come at the right time. Its time that the managers start thinking beyond the regular thank-you cards of the company. Their tokens of appreciation should be personal.

Employees should get recognition for their regular contributions, but for the extraordinary skills they have.

It’s not important that the employees are only recognised for hitting deadlines only.

These are some examples of how employees can be recognised

Attention to detail: If an employee has a great eye for preciseness, and have rectified a mistake that could have led to problems in the long run, they should be made aware of it.

Sincere behaviour towards others: If an employee shows the right behaviour all the time, they should be made to know that they are valuable for the company.

High productivity of employees: When people always produce a good quality of work, you should acknowledge them.

Take initiative for work: When employees take some work which they are not required to do as per their responsibilities, they should be appreciated. They should be sincerely appreciated if they have helped teams from other departments.

Your appreciation of the deserving employees should be sincere.

When you are recognising an employee, make sure that the praise is well-timed and the employee knows why is he being praised.

Recognition should also come for employees even when they fail in a task. They should be recognised for something that they did right, even when they failed. This makes sure employees won’t be scared of failing. They will be making efforts at all times, and not refrain from taking initiatives. This is very important for a company to succeed because the moment an employee fails to take initiative because something can go wrong, something big does not happen in the company.

Also, companies must know that failing cant always be attributed to an employee. It can also be due to other factors such as lack of time, inadequate resources and changes, an employee has got nothing to do with. These are the reasons why employees might miss attaining goals.

A company should try to foster a culture of recognition. This way, employees would be recognised all the time for their actions and feel like an integral part of the company. Such recognition can consist of small actions that hold some relevance for the employee.