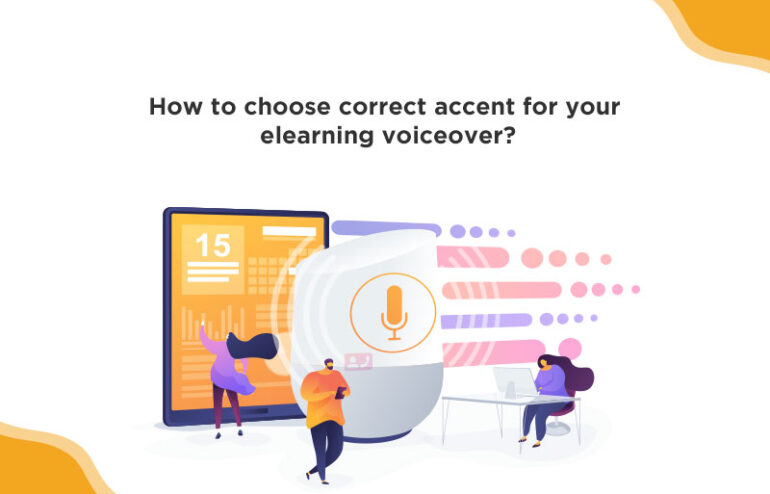 How to choose correct accent for your elearning voiceover?

The voice-overs are an important part of the elearning module.

It’s because the accent makes an important impact on the audience. Their hearing and understanding ability depends on the accent.

This kind of accent pertains to the area to which the audience belongs. If the audience is from Britain, it’s better to have an accent of their place. The local accent is also important. The accent has to be different for northern Britain and the south UK. In general, the accents are different for southern and south-eastern UK than the northern UK. In a vast demographic such as that of UK, it’s not always better to have British accents, but a slight touch of such accents for the more remote areas.

Elearning is best suited when the learner can identify with the accent. Sometimes, when the audience is from a country where English is the second language, it’s better to have a native accent. For example, if the audience is from a Spanish speaking country, then the speaker must be a native Spaniard. But sometimes, the teacher with such an accent can also have an adverse effect. The audience might think that if the teacher could not learn how to have an English accent, how would they be able to learn it.

Such native accents are important for language courses where English is taught. It’s better to have native speakers for elearning courses for those with English as a second language even if the courses are not about language training.

With a native accent, the learning rates are high. Its because the course might be directed towards the working class consisting of plumbers and they might not know much English. So, for them, it’s better to have a native accent than the received pronunciation accent.

This is how you can decide about the accent of the voiceover in your elearning module.