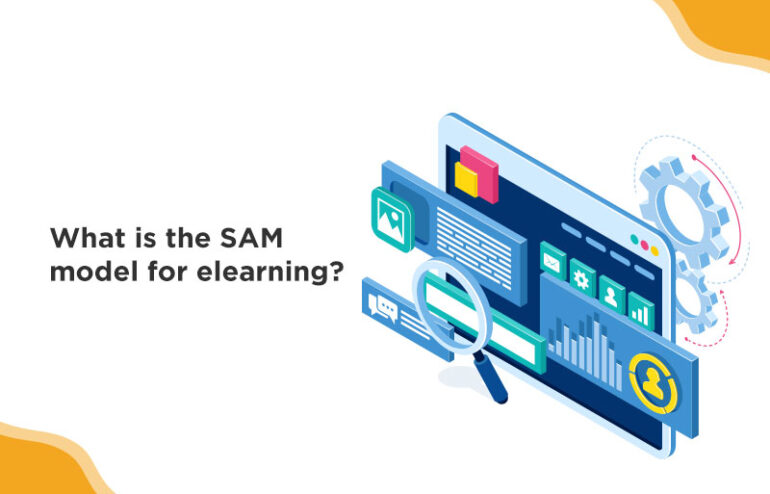 What is the SAM model for elearning?

Elearning has changed a lot in recent years. Now, it has become more result-oriented. Therefore, there is the use of the models in elearning to make sure that it delivers on its goals.

One of them is the SAM model which stands for Successive Approximation Model.

In the SAM model, there are three stages. The first two stages are not iterative, but the third stage is iterative where each module of content has to be designed three times. When its designed and 2nd and 3rd times, the feedback is taken from the users. SAM is not a linear model, like the ADDIE model where one stage happens after the other. The project output gets delayed due to the linear stage structure of the ADDIE model which is not the case with SAM which has an agile nature and all the parts of the 3rd stage happen together.

This is the first stage of the SAM model. In this stage, all the information about the learners is collected. In this phase, whatever is the previous knowledge of the learners is researched. Depending on that, the objectives of the project are set up.

This is an iterative phase. So, until and unless the users have come up with perfect prototypes, there is an end to it. After a prototype has been rejected, the stage begins again with brainstorming to create ideas for a new prototype. This stage ends one every content area has a perfect prototype.

This is the final design phase. Hence not many people are included. In this phase, there is a small team including Subject Matter Experts who now take the major project design initiatives. In this case, the design prototypes created during the SAVY start stage will be used. The creators will get feedback from the stakeholders and the design team and improve upon such prototypes thrice. There is simultaneous work going on different prototypes unless they are finalized. The design team will make sure that there are three designs based on prototypes for every part of the elearning module. The reason for creating 3 designs is to make sure that the design team comes up with the best end product. The design team works to create the 3 most innovative design solutions.

In SAM, there is an iterative development phase also. When in the previous phase, the designs for the content modules have been agreed upon, the team then begins to develop smaller parts of the module so that feedback can be taken. This phase is iterative in the sense that small parts of the project are developed, implemented and then evaluated. All this work concurrently happens on different product parts. This is the basic difference between ADDIE and SAM that in the former, the product is available after all the stages have passed, whereas in the latter the product parts are constantly checked and revised.

There are 3 versions released of the same project. First is the Alpha stage version, which is revised based on feedback to get the Beta stage version. After the Alpha version has been revised, in the Beta phase, the project is ready for release.