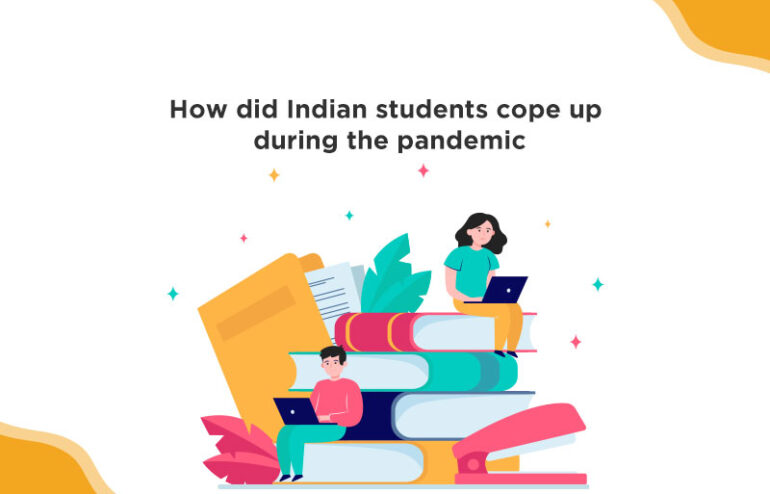 How did Indian students cope up during the pandemic?

The semesters of the schools have started. What impact will it have on schools? This has been a question that has been asked repeatedly ever since the schools were closed to reduce the spread of the pandemic.

Since then, the students have been studying from homes through elearning.

The schools for classes 9-12th opened during October15th-November 2020 in various states in India. The students have returned to schools, colleges after the government opened up for class 10th and 12th respectively. This decision has been taken favourably by students.

The period where students had to study from homes was quite challenging for them. They had to use mobile phones in case they didn’t have access to laptops and desktop PC’s. Although this period was used most productively by students, they faced some problems also.

Although students were learning digitally in India during the lockdown, this had its own set of problems. Students were not able to have any social interactions with their pals. The teachers also had to sit in front of the PCs managing large classes and had to upgrade their technical skills.

When the classes were being conducted online, there was a frenzy among elearning companies. It’s because all the course material was uploaded on an LMS also. The students were engaged with presentations of content. Such companies even designed immersive elearning classes for students. Elearning is going to be there for a long time even when the pandemic is over. Elearning is no longer only restricted to corporates who used it to train their employees.

Although elearning was done to help students, many students were deprived of its benefits due to a lack of access to resources. Hence states volunteered to have elearning imparted to them through TV. The programme for launching TV classes was announced for students in May 2020. The content for the classes will be aired on 12 Swayam Prabha channels which are accessible on DishTV and Airtel. Each of these channels will be devoted to a single class. Hence this program will be known as the “one class-one channel” program and is included in the PM’S e-Vidya initiative. The initiative now has 34 DTH channels that broadcast content for even undergraduate and postgraduate students. Institutions like IIT’s and IGNOU have contributed content to this initiative. Every day, 4 hours of content is telecasted on these channels repeated 5 times in a day. The students will get the certifications for pursuing these courses through the Swayam Prabha portal.

This is how Indian students coped during the pandemic when the schools were closed.

ALSO READ:  How virtual assistants are helping in mobile banking?