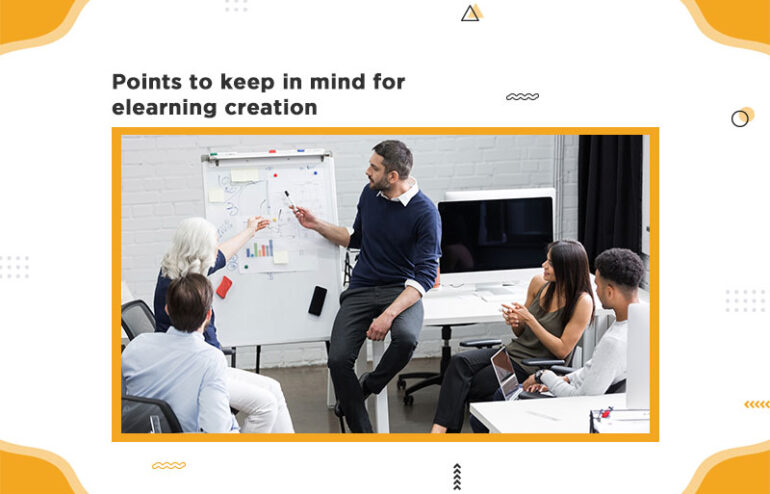 Points to keep in mind for elearning creation

Elearning has gained so much importance these days. The companies are using to train employees. But elearning creation is a tough thing to do. With the proper tone, only you can have elearning engagement; make it reach the right audience. The elearning should use proper language in the training. The tone should not be formal and it should be in the informal language i.e. the 2nd person.

When you are creating the narration for an elearning script, it’s better to read the content. Better than reading yourself, you can ask someone else to read it to you to know whether it sounds interesting. This will help you choose the voice of the narration. When you have someone anonymous read it to you, you form a mental image of the person based on their speech. This helps you decide whether the voice used in the narration is childish or it comes across as someone adult. The voice of the person helps a learner relate with him which can increase elearning engagement. For example, someone’s accent could speak where did they school from and the language also decides this.

The kind of elearning language chosen by you depends on the job profile of the learner. A salesperson uses formal language while talking to the clients. So, you can’t do elearning creation for them using conversational speech.

The visual elements in elearning creation also matter for the audience. For example, an elearning creation cannot have just animated characters from anywhere. They need to be dressed according to the character they portray. The wardrobe also has to be chosen cautiously. It can’t be all formal and can’t be too casual. It should be a combination of both.

Your elearning speech must not be a monologue. Instead of just one character speaking, it is better to have 3-4 characters speaking to each other. Employees can understand the conversation and take interest in the course. For example, you can include a conversation between a manager and his subordinate and hence add some relatable context. The dialogues are an effective way of conveying your idea rather than just having one speaker in the course. That’s where professional elearning creation providers come in handy because they can provide scenarios and hence dialogues.

Include humour in the script

It’s better to include humour in the elearning creation. The script must have the humour to keep the audience interested. You can use puns that are related to the industry so that audience relates to the course. Apart from that, make sure that you don’t use humour that can hurt someone.