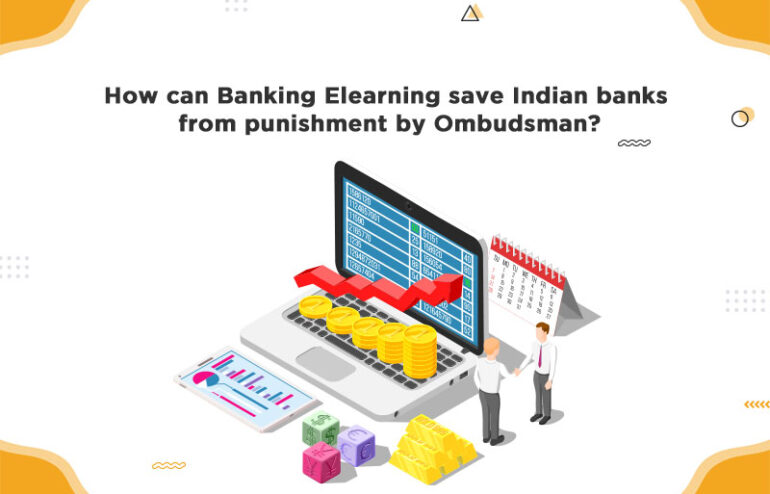 How can Banking Elearning save Indian banks from punishment by Ombudsman?

There have been changes in banking laws due to the active involvement of RBI.

The banks are now liable for their actions and hence have to make sure that no problems are caused due to the negligence of banks. In fact, as per the changed scheme of the Banking Ombudsman, the RBI has strengthened regulations even further. As per the modifications, a customer can file complaints against a bank if he experiences any problems with the mobile or online banking services.
The Banking Ombudsman has the power to ensure that any complainant against a bank can get a relief up to 0.1 million rupees for mental agony suffered for careless and improper services of banks. Hence, banks have to be cautious about the provision of services to their customers. Banks also have to adhere to various rules such as following the mentioned banking hours.

In the case of the paperless banking services provided the misconduct consists of the following situations:

So, in such situations, the banks are supposed to handle customer grievances in time otherwise actions can be taken against them. They say precaution is better than cure. Hence the bank’s employees should be trained properly through banking e-learning to avoid any human errors in their operations. Alternatively, banking e-learning can also impart skills about grievance redressed mechanisms to employees so that they handle customer issues by approaching the right authorities.

Banks are also liable for punishment in the following situations when they don’t resolve the aftereffects of such mistakes:

Para banking is also another area where banks have to be careful in the implementation of their services.

This is because if a bank is selling third-party investments like mutual funds and insurance services products it can’t do any mis-spelling. It has to be transparent in such transactions, giving out all the details of the products to the customers. Any kind of non-transparency is punishable with a fine of up to 10-20 lakh rupees. At the time of selling such products, the banks must also disclose any grievance Redressal mechanism which is available for solving customers’ problems associated with such third-party products.

Banking e-learning can teach employees how to deal with aggrieved customers. For example, when such a customer comes to a bank, his problems must be sorted and apt procedure followed. It is the job of the complainant to file a report with the bank. But after he does not get a reply within a month or does not get a satisfactory reply, he can file the complaint with the Banking Ombudsman. The complainant can file a complaint with the Ombudsman maximum within after one year of filing the complaint with the bank and getting a reply. So, these are the rules which the officers of a bank can be made aware of through banking e-learning. Moreover, if the complaint has not received a reply within 1 year and 1 month of filing a complaint about his problem, he can complain to the Banking ombudsman. It is the responsibility of the bank to ensure that an authorized banking officer has a copy of this scheme if the customers need some information about the same. Also, there should be a notice in the bank about the availability of the scheme with the concerned officer.