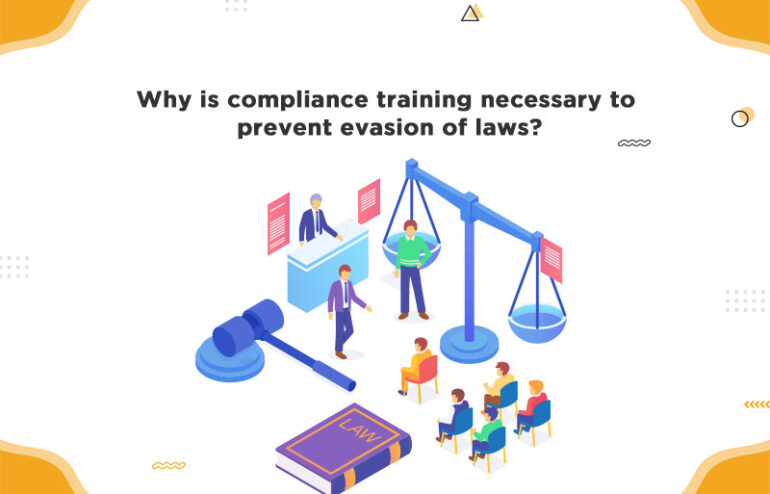 Why is compliance training necessary to prevent evasion of laws?

Compliance training has taken precedence for industries because of the heavy ramifications involved which include OSHA taking away your license.

The most important reason why compliance training needs to be provided is that employees also need a safe place to work.

So, compliance training has to be implemented so that company can show records to the audit authorities when the need arises.

The Sherman act passed as an antitrust law in 1890 prohibits companies from entering into mergers with other companies so that monopolies are not formed. It’s up to the discretion of courts to decide which mergers are illegal. In 1914,one more law was introduced, known as the Federal Trade Commission Act. All these rules aim to ensure that the businesses can’t enter into mergers with others which results in them controlling the market unreasonably and increasing the prices, acting to the disadvantage of customers.
There are heavy penalties as per such laws. Under the Sherman act, the penalties of 100 million dollars can be imposed on companies.

The Federal Trade Commission(FTC) can also conduct an investigation for companies against whom it has received complaints of false advertising. When the complaint is found to be true, the FTC can start a federal lawsuit. The Bureau Of Consumer Protection which is a subdivision of FTC is responsible for attending to such complaints. It makes sure that consumers have proper materials with them so that they are aware of the laws enacted for their protection.

As per the FTC laws, companies can be punished for any kind of fraud, even when it is done with its employees. For example, in 2021, the eCommerce company Amazon was punished because of its denial to pay Amazon Flex drivers all the tip money received from customers during the checkout. The customers had been given the choice to pay for such tips while ordering the restaurant and Prime Now products online, but Amazon didn’t pay such amounts for two years to its Flex drivers, although they had been told that all their tip amount would be given to drivers.

The E-commerce Company had to pay $61 million to its drivers by FTC due to this misdemeanour. The Flex drivers had already been promised the entire tip amounts by the company. Amazon Flex was a program in which this company hired independent contractors to deliver its goods using their own vehicles. The drivers who enrolled themselves in this program were lured by fake advertising telling them they could earn up to 18-25 dollars every hour for their delivery work. But Amazon only fulfilled this promise once it came to the notice of FTC in 2019 that it was not paying Flex drivers any of the tip amounts.

Hence, compliance training has become a necessity for companies because they can’t evade laws.