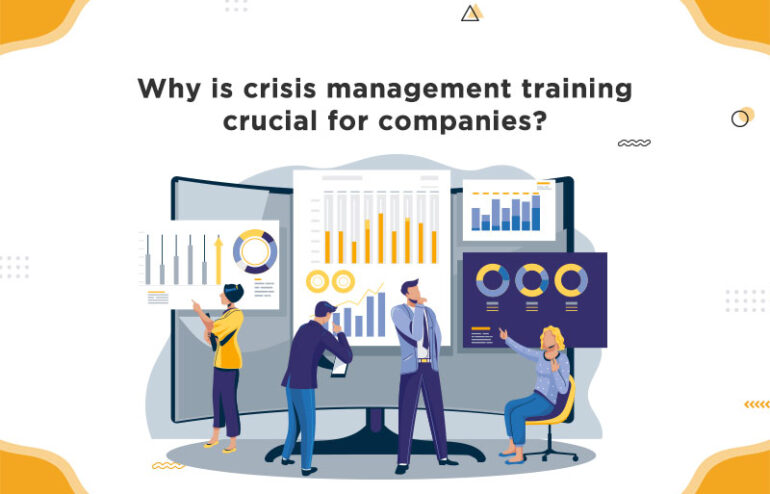 Why is crisis management training crucial for companies?

The pandemic has changed the way businesses conduct their work.

Hence the companies are now preparing employees with crisis management training to be prepared to deal with unexpected problems.

There was massive employment (2,50,000) of technologists from Ukraine who have been rendered jobless. It is not a pleasant situation for the companies which worked with these coders.

For example, one of today’s most popular writing tools, Grammarly, had an office in Kyiv. It has executed its crisis handling plan and moved its critical business decisions to employees other than Ukraine. Another major Ukraine-based tech company already had a contingency plan if such a situation arose and had backups of its customer data on servers in Europe and the US. IT Companies that had been outsourcing work to Ukraine coders have plans in place to evacuate them. Many consumer goods organizations such as Nestlé SA have to shut down operations in Ukraine due to the war and have asked employees not to come to factories.

Three hundred thirty companies also have to leave Russia due to the war crisis because of safety concerns.

Why is crisis management training essential?

Hence, crisis management training aims to prepare employees emotionally for all kinds of situations. They also have to learn how to handle situations that involve getting resources from elsewhere so that the supply chain disasters can be mitigated, like the coding situation in Ukraine. The employees can be given integrated courses covering mental health coaching and emergency handling.

What does it include?

The employees have to learn how to be resilient in such situations. During the pandemic, the health care workers also displayed such kind of behavior where they were ready to treat patients even though witnessing mass deaths. Employees can also lose their cool during critical situations when the job takes a toll on their psychological well-being and they are traumatized by certain situations like the death of a close one. Hence crisis management training must be made mandatory for leaders who must keep the show running by understanding employee emotions. It’s their duty to see that the harmony in the office is not disturbed and make people feel strong enough to deal with the contingency. The leaders must handle the hopeless employees with compassion.

Crisis management involves dealing with alarming situations that harm a business’s operations. In that case, a company may have to shut down offices due to a lack of demand and supply.

Hence the companies must prepare a three-phased strategy to deal with such events.

How can company leaders be a part of crisis management?

An organization’s seniors must understand that the larger the plans to handle a situation, the better it is for them because no company can be unaffected by such a situation. When a company thinks that its infrastructure is indestructible even in a global disturbance, it loses. But when an organization is better prepared with a plan, it can prevent or reduce losses. Every organization must have a crisis management plan which should be changed in the case of likely emergencies and changing world events. Crisis management training helps leaders in chalking out the plans for such circumstances. For example, when companies had the IT tools for remote working, they were better able to handle the pandemic. They must also also discuss the feasibility of such plans with crucial employees who will execute them.

The crisis management training includes the management and the HR leaders whose job is to see that the welfare of the employees is not put at stake while dealing with a crisis.

Any crisis management plan can’t be complete and adequate when the departmental heads are not included in its formulation. Apart from them, vendors must be included who can determine a company’s fate during a crisis.

The compliance requirements can also change during a crisis, and hence the business has to adhere to them.

The crisis management training must include a relevant communication plan and how it will be conveyed whether there would be the use of social media or multimedia channels such as print channels and TV. The business must also test the validity of such crisis management plans so that they don’t fail when required.