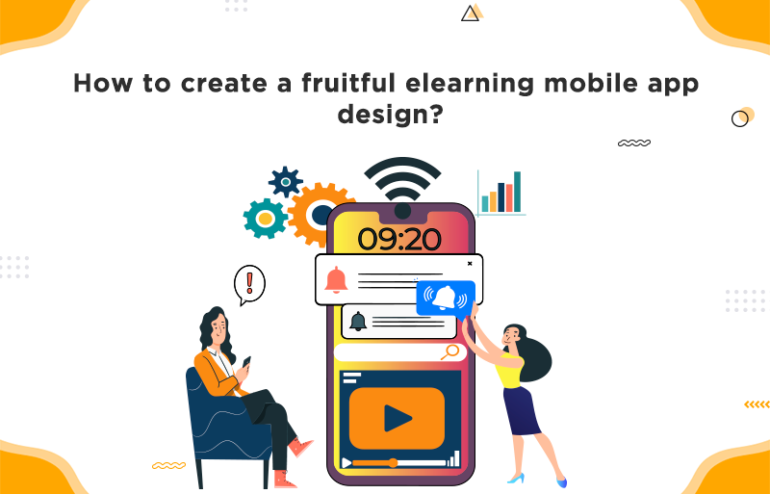 Our generation has become more tech-savvy and hence they use mobile apps for trivial tasks like ordering food online. Kids have started becoming adept at using mobile phones to find their way. But with so much competition in the market in terms of educational apps, finding the perfect elearning mobile app design is a tough task.

Having mobile apps is imperative for elearning companies today that need to have the maximum accessibility for their solutions. Such apps have to cater to the needs of office-going adults and hence the elearning mobile app design has to be mature and cater to the cognitive theories as well.

In the following ways, elearning companies can come up with the most accessible and attractive mobile apps.

An elearning mobile app design aims to ensure that the user is initiated to go further once he clicks on the app.

That depends on the user interface design. There must be micro sessions included in the app accessible through the main page.

FOMO (Fear of missing out) which is a common trait used by social media apps can also be harnessed in elearning apps to garner an audience. The learners can be sent notifications through such apps so that every time someone completes a certain course and reviews it, they are informed about it. They then are forced to believe that unlike someone else, they are missing an exciting and informative course.

Moreover, notifications can be sent when a new virtual reality game has been introduced in the course, again utilizing FOMO to pull learners.

Feedback is also an important part of the ways to trigger audience interest. Instant feedback is the biggest tool used by social media apps which immediately send notifications once someone likes your posted pic. So, they can be sent notifications when someone surpasses their score in an elearning assessment or someone has posted an answer to their query on the discussion forum. These kinds of notifications build dopamine in the mind.

So, by again using FOMO, the learners can be made to log in to the elearning mobile app repeatedly. The users can also be asked to post their answers in the form of text and pictures to queries on the mobile app discussion forums or best they can design infographics if they have designing skills. When someone likes their answer, they get a notification making them feel appreciated.

Flashcards can also be used in the elearning mobile app design so that users are shown the prompt on the cards and then asked to click on an answer in an MCQ. When they are wrong, the flashcard flips over and they can see the correct answer.

Provide push notifications so that learners can check when any new flashcard has been added to the app.

In an elearning mobile app design, it’s important to take care of the user’s inclination to use the app. He might not be interested in using the app if he does not have any idea about what the app will teach him. He needs to know before using the app, where his skills levels are and how the app will make him progress.