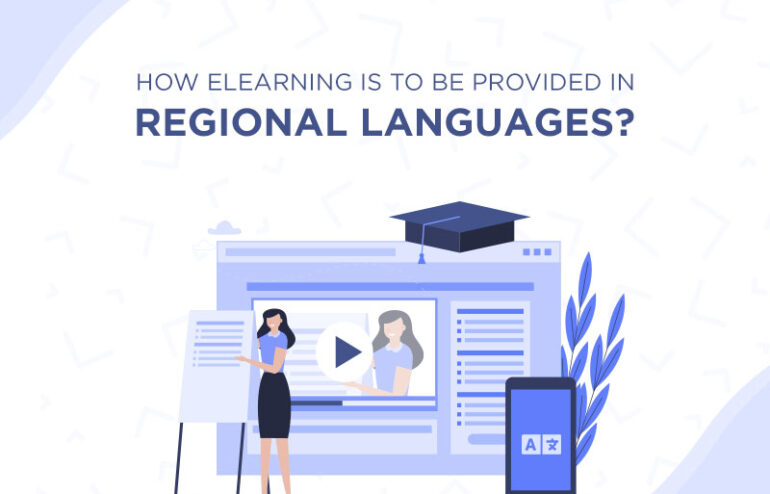 Today elearning has become more focused on developing courses for various languages. Earlier when Edtech(educational technology)came into the picture, the focus was more on teaching coding to those aged between 7-12. Now, educational technology is faced with a new challenge, how to provide learning to Indians who speak 22 languages.

This is the basic challenge before elearning websites, is how to cater to this huge population.

The Indian population apart from these 22 languages also speaks 19,500 dialects. It’s important to make sure that there is enough content available in Indian languages.
The user base which uses Indian languages to surf the internet is growing at a faster rate than those using English. The former is 18% while the latter is 3%. As per more of these statistics released by Google, internet users using Hindi are growing to grow at a faster rate than those using English. Even the Bengali and Marathi-speaking users of the internet are growing at a fast rate. Therefore, the difficulty is to provide content for these regional users.

Elearning companies are trying to find a solution to this problem:

This way courses can be developed for kids in regional languages. The elearning courses providers in India are getting ample support from the government to develop content in the regional languages
The National Education Policy 2020 wants to convert the village-based education system into a digital model. This will become possible with the Digital India framework which plans to provide internet access universally