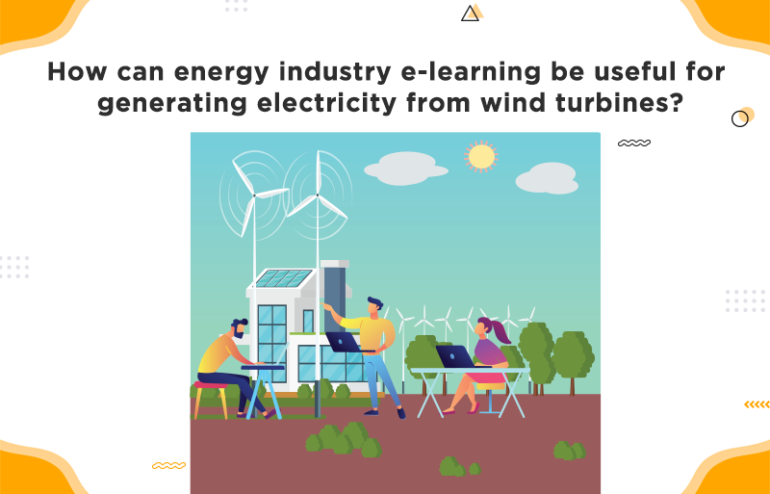 Distance learning has become an inseparable part of the modern-day world today because technology has mandated it apart from hectic lifestyles. People’s schedules can’t be matched due to paucity of time and hence to solve all this conundrum, distance learning emerged. Educational technology is completely dependent on elearning now.

The energy industry e-learning has become a prima-facie resource in the hands of those who need to harness renewable sources of energy for generating electricity.

For example, Africa does not have any access to fossil fuels due to a lack of financial resources and hence it can use its solar power to generate electricity. Those who are pioneering the use of renewable energy in Africa have to prove themselves well trained to handle the job and hire other people. Therefore, these entrepreneurs have to be graduates of renewable energy programs. The reason wind energy is so much in use is that it generates a lot of power as compared to solar energy even though the same investment has been made.

The renewable energy classes could not be imparted in a regular mode because teaching staff was scarce and the universities did not even have financial resources to organize classes on a large scale. Hence energy industry e-learning was a plausible solution.

Increase in jobs in this sector

There is an increase in jobs in the wind turbine industry because it’s a renewable source of energy. There is no dearth of it. One of the main roles of this industry is a wind turbine technician who takes care of this device. He maintains and repairs it if the need arises. There are also other jobs in this industry like a blade designer which are of crucial importance. But this role requires training also. Therefore, companies need to add an energy industry e-learning to train employees to take on such roles.

Research involves the design of the turbines depending on which direction the wind originates. This design can be easily done using computers because it has various 3D modeling software available. A researcher’s role is also quite crucial in this industry. A researcher’s role also involves what will be the wind speed at a certain time in a day. There are weather models which can help him in this purpose so that wind speed can be predicted at different heights. When the wind speed varies, different levels of electricity are generated throughout the day. So, you can predict the electricity generated depending on the wind speed from a 250 MW wind turbine power system.

How to handle power management when using wind turbines?

Apart from that PV solar panels can be used when the wind turbine is unable to produce energy due to lack of wind. Power management in the case when there is either lack of solar power or wind becomes necessary. In that case, maximum power point tracking is recommended which refers to the highest efficient operating point. This point can be compared for both wind and sun and whatever is higher can be used at a certain time of the day e.g. solar power can be switched to wind power when the former is more dependent on the weather conditions. This will lead to maximum energy production at low costs. These days, renewable sources of energy are connected to nonrenewable sources of energy so that power output remains the same. The wind turbines are given certifications based on how regular is their power supply and its frequency and voltage.

The best part about energy industry elearning is that onsite training can be delivered i.e. at the wind turbines so that the workers can experience things first-hand. The workers don’t have to travel to the learning center which can be exorbitant including travel tickets and visa costs.

So, an energy industry e-learning is the need of the hour because fossil fuels are ending up fast and companies are switching to using renewable sources of energy.