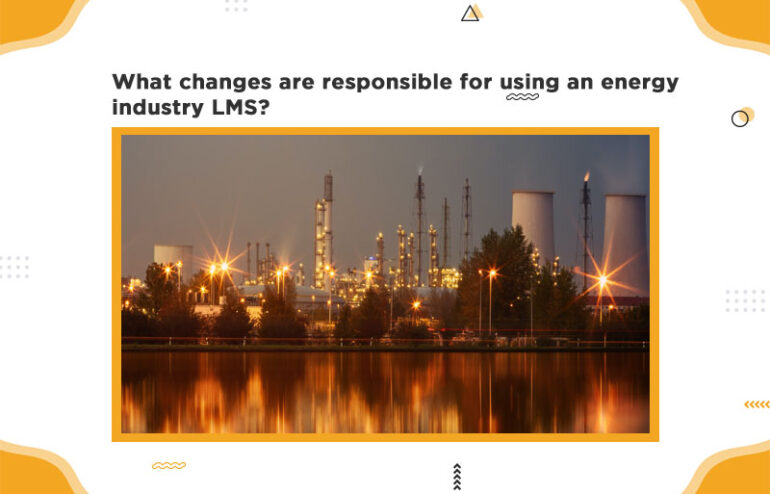 There is a need for use of an LMS in every industry now because of the prompt response times. The employees can consult the LMS when they face a problem looking for knowledge to resolve customer issues. An energy industry LMS can be used by the companies in this sector to train employees on all matters. The energy industry comprises all those companies which have been involved in the extraction of natural gas, petroleum, its distribution, generating electricity and its distribution, etc. These are the following reasons why companies had to train employees:

The employment scenario in the energy industry has also been affected adversely due to the fall in oil prices. There was a high layoff in this industry including numbers of 1, 07,000.

Solar Energy has also started getting used on a large scale. There has been a tremendous increase in the yearly installation of solar power in the country and it was 12 gigawatts in 2019. It has happened because of European subsidies for solar panel production. Climate change has also been a reason owing to the gas emissions that focus is now more on using renewable sources of energy to generate electricity.

Hence, energy companies are now shifting to the production of electricity through solar power. The employees are now getting trained by companies for this kind of work. It’s because fossil fuels are not getting used that much for producing power, especially coal. Such companies are connecting workers to knowledge-based resources which are uploaded on the LMS and the latter can also get diplomas in these courses.

The companies also have to invest in employee training because at the end of the day rehiring costs a lot as compared to upskilling. Companies have to pay layoff costs also when employees have to be laid off due to a lack of skills.

The workers can communicate with their managers through an energy industry LMS. Companies are also using mobile communication for this purpose but they also need to keep such communication safe. So, they are using energy industry LMS platforms on mobiles. Such LMSs can be accessed by front-line employees through mobile browsers or apps to ensure that managers and other team members have been informed about their messages. Through such an energy industry LMS, a company can ensure that all its frontline workers receive important updates about how to handle customers during Covid-19. This involves getting feedback from customers on whether there are any Covid-19 infected persons on their premises or whether they have sanitized the whole place.

Managers can also post on the energy industry LMS bulletin about what are the different schedules for workers to prevent crowding and the spread of disease. It’s better to post such schedules online rather than offline because in that case workers can throng the bulletin board and get infected.