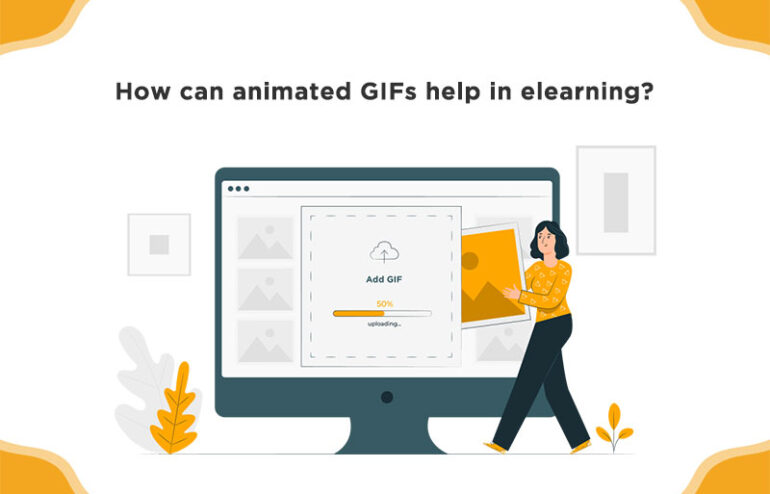 There have been remarkable changes in the field of e-learning. Now technology is getting used to making the elearning USA better. There has been the use of animation and audio in the eLearning modules to make them more interesting. There is the use of GIF(Graphical interchange format to make sure that the learners are fascinated.) The GIFs can be created by multimedia specialists. GIFs are better replacements for videos because they can be difficult to open and on top of it, learners don’t have the patience to sit during the entire length of a video. Instead, a GIF is short. It also plays in a loop. It can play for 2, 3 or an infinite number of times.

It’s the job of an instructional designer to suggest the idea of a GIF.

How can you employ GIF’s?

When you use GIF’s, the best part is that you don’t need any special skill to create them.

The multimedia specialists don’t need any to learn any video making tools.

Use GIF as an object

GIF’s are the best way to increase the interest level of the learner. You can create GIF based headers to make sure that the text comes and goes. It is visible and then vanishes the next second. This can create curiosity in the learner’s mind as to what the topic is about. You can also use GIF’s to make sure that an object moves like a moving car if the topic is going to talk about automobiles. You need to add various frames of a car in different positions from left to right and create a GIF to show the effect of a moving car.

Use GIF as an avatar

This can be done when the GIF can be used as an avatar. It can be shown at the beginning of the course. The GIF can point to the topic of the course with his moving hands. He can also be shown as speaking the topic. It all depends on instructional designers what kind of avatar they have in mind. The avatar can also come in the middle of the course and shown talking that a quiz is going to follow. The eye and the lip movements of the GIF can be created by the graphic designer.

The best way is to create an image as eyes closed and then show it with eyes open and then upload both of them to a GIF-creating website to get the perfect GIF with blinking eyes.

Use GIF as moving images

GIFs can easily be used in an eLearning module because of their low size. They can also be included to indicate communication strategy through platforms such as Workplace by Facebook. GIFs should be used sensibly in an eLearning module. They should not be used excessively to confuse readers.