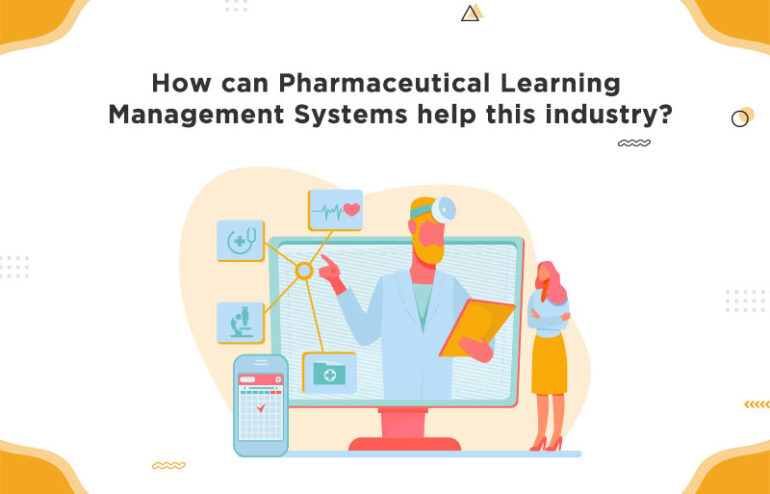 Pharmaceutical learning management systems are the key requirement of this industry in the wake of so many changes happening here. This kind of LMS can make sure that such companies keep employees in the loop of the changes happening in the industry. Since most of such LMS’s are integrated with the rapid authoring tools, it’s inevitable for a company to have them because you can easily create courses and add them.

The other important use is that as soon as the standard operating procedure is updated on Pharmaceutical learning management systems, triggers can be sent via emails to the managers.

Compliance training is quite mandatory for the pharmaceutical industry. Such companies also need to conduct assessments on time to make sure that employees were given updates about certain changes. So, when it’s time for an audit, the pharmaceutical learning management systems can be consulted to show how many employees accessed and completed the course and the assignments.

The pharmaceutical industry has compliance rules because unless they have been issued a license by the FDA in the US or any other industry regulator elsewhere, they can’t sell their products. For example, MHRA(Medicines and Healthcare Products Regulatory Agency) is the industry regulator in the UK. And to get a license from this regulator, every pharmaceutical company needs to show that it complies with GMP(Good manufacturing practices). Update the employees about such rule changes through a pharma LMS. Apart from GMP, the pharmaceutical employees also need to be updated about Good Distribution Practices(GDP). This means that a company cannot sell medicines without having authorization for wholesale distribution. These guidelines involve the time when the pharmaceutical companies get the medicine from the manufacturer and then it’s sold through a chemist/pharmacy to the general public. It’s the job of the wholesaler to check all the facets of distribution such as purchasing, storage, transportation, repackaging, and documentation.

So the wholesaler companies can only get a wholesale dealer license when they follow the GDP before selling the medicines commercially.

Good laboratory practice is also important where the non-clinical testing of medicines is done in a safe environment. The reason it is called non-clinical testing is that the testing is not done on human beings but rather on animals or their tissues and cells. The testing of such medicines is important to see whether human consumption of such items should be allowed. The kinds of medicines which are important for such clinical trials are Veterinary drugs, industrial chemicals, feed additives, and food additives, pesticides, medicines, and cosmetics.

Effects of not following such practices

If such testing is not done, there can be several impacts on human beings such as toxic effects on the reproductive system, any kind of genetic change, and even growth of malignant tumor i.e. cancer which might be irreversible. The toxic effects can occur when the medicine has been consumed for a long duration. The results of such nonclinical studies are then used to plan clinical studies so that the effects of a long consumption of such medicines can be seen on human beings.

Although pharmaceutical companies only fund such trials and don’t conduct them directly. Without such practices being followed, all the costs of such clinical trials can go waste which is about 60% of developing medicine.

Therefore, they must have pharmaceutical learning management systems for organizations doing them.

FDA advocated some guidelines for such nonclinical trials in the 1970s when many problems occurred due to non-adherence to any rules and these practices became law in 1975 known as the Good Laboratory Practices Act.

Wear PPE: Since chemicals are getting tested in such trials, it’s better to wear PPE. By not wearing such equipment chemicals can get spilled on your clothes. Apart from causing damage to human skin, working without gloves can also cause contamination in such chemicals.

Have written records: You might have to go through the data again before it’s published. So, it’s better that you enter everything so that you have a record of the data and use abbreviations to record such details. Record keeping is an important part of such trials because in the future when your supervisor asks something, you have written notes to trust and not only your memory.

Implementing a pharmaceutical learning management system for such organizations is important because otherwise, they can’t provide a positive and fair test result. There are various members of such organizations who conduct the trials including one specialist doctor, physicians, and nurses. Such results have to be shown to the industry regulator for getting the drug license.