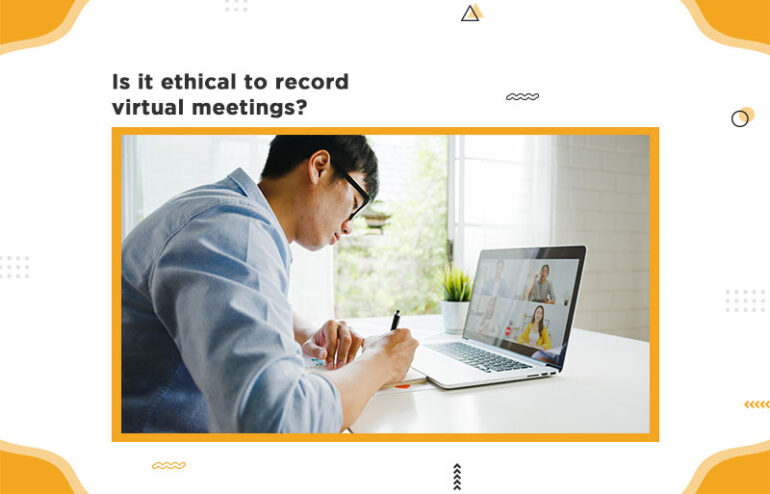 Over a matter of time companies have become insistent on virtual training because the employees don’t have time. But there are many ethical concerns related to such training.

The companies now have to accept that the different video conferencing platforms used by them allow recordings of video calls, and this can have implications. The employees can record such calls and this can cause trouble for the company.

There are many benefits of recording virtual meetings by teams:

Share the whiteboards: First of all, is that there are whiteboard sessions in which teams discuss the relevant work to do through whiteboards. One member of such meetings shares the whiteboards with others who then draw on them. If the workers have recorded such sessions then they can check the drawings later.

The participants in such video conferencing sessions can record the information. This is very pertinent when such information is about a contract and any party can deny its obligations later. When a virtual meeting is with clients, to discuss product specifications, such a recording is beneficial because clients can’t expect more than the requirements stated by them during such sessions.

The reasons why employees are not comfortable when such virtual meetings are recorded is because:

Full disclosure happens: Employees may feel hesitant to complain about work or their managers when they know that everything is going on record. Also, when managers want to discuss work-related issues with employees, they might again be evasive in front of the camera because that can be used against them at the time of performance appraisal.

Organizations might also have problems when the states don’t allow recording of such virtual meetings. The federal law in the US requires approval of one party, in some other states, the consent of all the parties is needed before recording. So, as per federal law, you can record a call between you and your boss when you are ready for it and vice-versa. Either the sender or receiver of the calls is at liberty to record them. But in a team with multiple parties participating, the consent of all is needed before recording them. This kind of multiple-party consent is needed in different states such as Nevada, Maryland and California etc. The IT team can face troubles because they have to implement recording rules based on state legislation.

Hospitals can also record video conferences with patients. But these video recordings require encryption so that they can’t be viewed by anyone. They should be password protected so that only the patients or other authorized users can see them.

What can be the legal implications for a company?

In virtual meetings happening in a state if two-party or multiple-party consent is required, and an employee gets recorded by the company without his consent he can sue the company. This can happen if the recording contained some sensitive information and the company will be liable to pay fines to the victim. Nowadays, the employees can quit the virtual meeting if they are not ready to be recorded. It’s because video conferencing tools can announce when the video call starts getting recorded. If the user has already consented to the video or audio calls as a part of the HR policy, then the company can record the calls without facing any legal implications.

These are the ramifications of recording a call without an employee’s consent
. 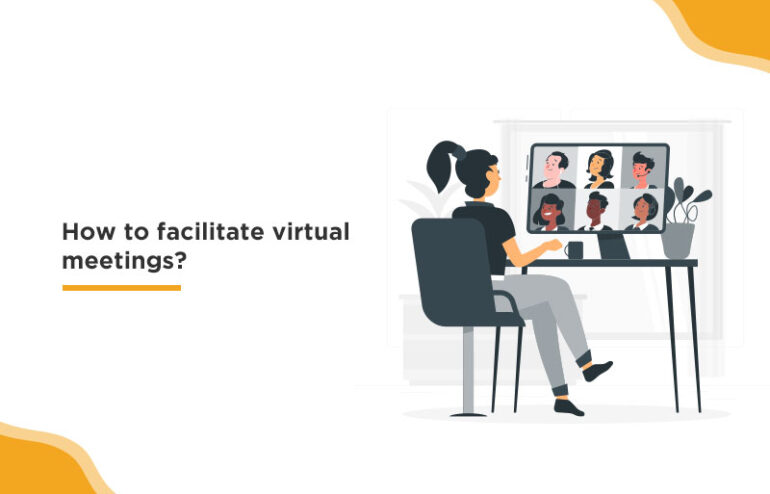 Training is happening virtually these days. So the leaders must focus to have healthy communication between the team members in meetings. How can they focus on the following attributes to make remote communication successful?

Research has proved that the way team members behave with each other during interactions is important for employee satisfaction and the performance of the team as a whole. When the team members don’t have healthy relationships among them, it’s because some team members don’t want to bring forth their opinions because they are scared to get embarrassed. They don’t want someone to disagree with their views.

For all team members to voice their opinions in virtual meetings, they must have psychological safety.

There should be respect for each other’s opinions so that they are expressed freely. Due to being respected, the team members are frank about their opinions and contribute more to work. So the leaders have to establish psychological safety, to make sure that the team members contribute more. The following ways make sure that there is psychological safety:

Verifying assumptions so that you know what is desired by someone or what is implied by their actions and words
Having open communication about disagreements and tensions and whenever someone needs to be commended.
Accountability for all implies that rules apply to all team members even a leader.

These are important to make sure that team members must give attention to the way other team members are speaking, their facial expressions and other physical hints in a meeting.

Empathy is a key factor in ensuring that the team members work in cooperation with each other. So, it can be improved with the help of the practice of team members. A leader has to ensure that empathy is present in a virtual meeting also.

When right, use questions to make sure people have prepared for the meeting in advance. For people to come fresh to a meeting, they must be thoroughly prepared.

The last and final tip is that the meeting must have a simple agenda. There must not be too many items on the agenda otherwise the team members can get confused. In a virtual meeting, you can use a thumb poll to get voting done on something.

Time is of importance in any meeting because the members have to return to work also. So, make sure that although the meeting members can share their views, they don’t start to share vague views about the topic. Only the experts must be allowed to speak about the topic in depth. The team members must only get allotted time to speak on a topic.

This is how leaders can ensure that virtual meetings happen successfully.