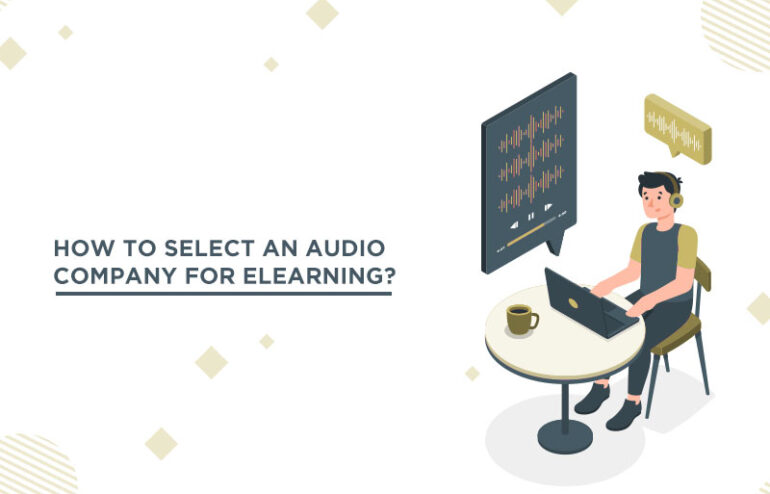 There have been a lot of developments in the elearning domain. Companies are coming up with new ideas to make sure that the learners understand the concept of the module.

Having a voice-over in the local language of the learner is important.

Without that, the learner can’t understand what’s written on the screen. The employees will feel happier when they have the narration of the module in their language. They will feel acknowledged and as a result, will work harder in the organisation.

Employees get a better understanding of the text on the screen when the narration or the voice over is in their language.

What are the best voiceover practises that a company can follow to get the best retention rate:

The voice-over actor should be given the right script so that everything goes well during the actual recording. Apart from that, there are certain questions that a recording company needs to ask an elearning company:

Why hire a project manager?

A voice-over company can also provide a sample to an elearning company. This is necessary for elearning companies to get a sample because they can see how the audio company can get the voices of different characters. It also understands what will be the voice intonation used by the audio company. Voice intonation is important to make sure that the learner listens to the speech properly.

Why hire a voice-over artist?

It’s important to look for a voice-over artist who has a clear voice. An actor can be chosen for voice-over depending on the flow of the voice. Using a computer-generated voice is completely useless because it is monotonous and lacks intonation.

Hiring a local voice-over artist has the advantage that you are taking care of the cultural backgrounds of the audience. Besides intonation and the right flow, you should also look at the pronunciation, stamina and the ability to emphasize the correct words for the voice-over artist.

Text can be longer in some languages than others

Having a proper audio company is important because you have to edit narration as per the video length. Some languages have short translated texts than other languages. For example, the audio in English is 20% less short than audio in German. So, this is how a professional audio company can help you in editing the sound making it match with the length of the video.

It’s important to check the quality of audio on different devices. Employees might be using phones to view the elearning content but this does not imply that the audio quality should be low on such devices. Employees are viewing content on phones rather than laptops because they are working from home. They might not have access to laptops because their children might be using them.

Hence, these are the reasons why an elearning company needs to hire an audio company for audio management.