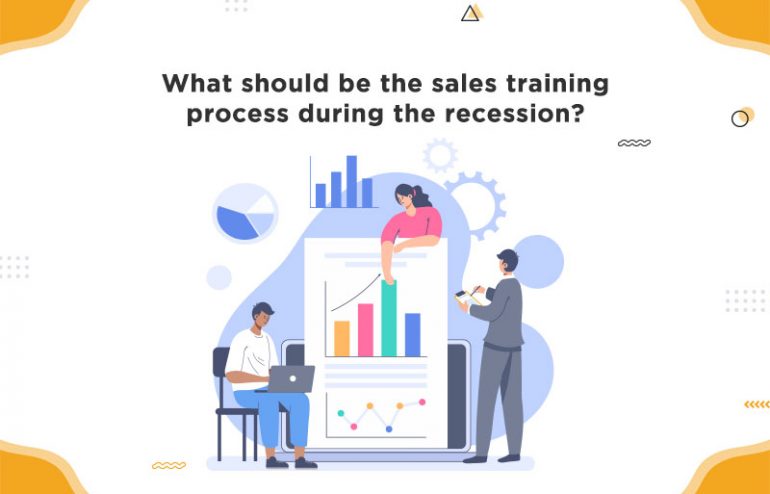 Sales have become a tough job for companies now given the inflation. The customers need to see the need for the product before buying it. The companies need to create sales training programs for their executives so that they can meet the threshold sales levels to stay in the market. Today, consultative selling can only get the results for a business because of recession. Sales training can get the business the necessary cash flow when customers are not willing to spend due to inflation.

So, these should be the key factors of such sales training programs:

What is Consultative selling?

Now what’s it all about. It’s about selling the right product to the customers based on their requirements. So, for making such sales, an executive has to be super-attentive and listen to what are the problems of a customer. The sales executive aims to make the customer happy and not sell any product to him. There are 6 stages of such a process and the executive as receive sufficient training to become adept in all of them:

The salesperson has to talk to the customer to identify his problem. Then he should suggest a product which can solve this problem as per his knowledge. Now sales are not about telling customers which products have discounts but about empathizing with them

Then the salesperson should give a chance to customers to evaluate their problem. The customers should know how big the problem will grow in the future.

Hence the sales executive can offer a solution to them and be helpful by sending them relevant content links. The customers must know how the advised product can help them in rectifying the problem. You can provide them with testimonials of customers who have faced such problems e.g., hair fall and used your product.

You must also enlighten the customer on why the products of competitors won’t be useful in their situation.

This is why sales training programs are crucial to justify to the prospect why they should choose you over others.

The sales executives must have sufficient information about why customers would benefit from their product.

The customers who have ample knowledge of the market know the costs. Apart from that, they also know the delivery times, and all this knowledge is also required for B2B sales. Also, sales executives must know how the buying process happens especially in B2B sales which happens after the approval is taken from the senior like the finance team. After knowing about this process, you must ask your operations team to be prepared for supply. Hence before completing the deal, sales training must involve the production team i.e. ask the operations to be prepared with the supply till a certain time given by the prospective customer.

You should never abandon a lead when the sales are about to close. This is because the customer might still have some questions. In B2B sales, the customers can get objections from any department, and hence it’s the job of the executive to directly deal with the decision-maker. The senior management can raise some red flags and hence it’s the job of the sales team to pacify them. They can’t start focusing on another lead, till the sales are made for one. For example, someone from the senior management can have doubts about the costs, and hence it’s better that the sales team directly talks with them.

The customers need support when sales have been made. That’s why you must be in touch with them after the sales have happened. If the customer has any problem in using the product, the sales executive must get it remedied on time.

The future of your relationship with the customer depends on post-sales support too. If no post-sales support is there, no referrals will happen in the future. The sales executive must get sales training but the job of the marketing department is equally important too.

This department should provide the salespeople with the leads who are interested in a purchase. Once the sales department has good leads and ample insight into them i.e. their budget, they can use that information to make the buying process happen. 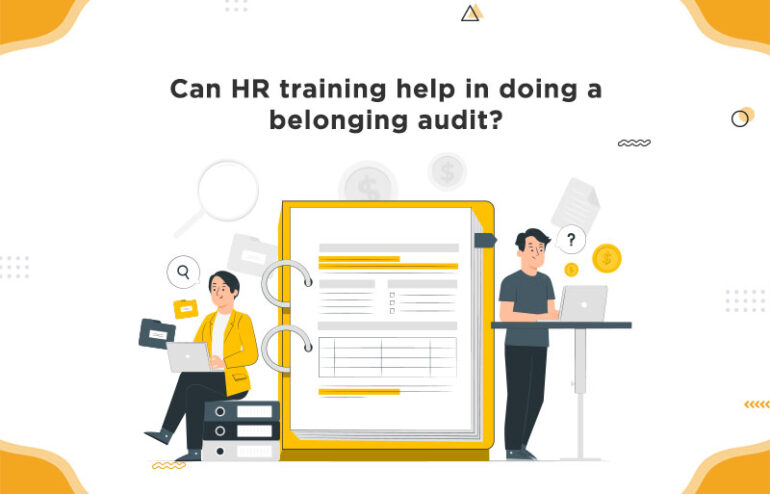 Companies are today very much concerned about retaining employees.

Hence HR training is crucial for this purpose so that employees can be taught about the importance of diversity, equity and inclusion.

What is a Belonging Audit?

The Belonging Audit measures how much employees feel valued in a company. If they don’t, they are looking for better job opportunities and will quit as they find one. When an employee feels like he is a part of an organization because his viewpoint is valued, he brings his opinions to the table, leading to better productivity. For example, it happens with women leaders in senior management roles, who tend to quit because their ideas don’t matter. They have had the opportunity to progress in the company, but most people don’t think they deserve that role and often don’t take their work and opinions seriously. The group has a herd mentality, which often includes not taking women in top positions seriously.

Therefore, an organization needs to conduct a belonging audit to know whether employees feel included or not. Hence this kind of audit surveys employees to know their feedback on whether they feel “included” or not. So, this survey involves interviewing the employees to get their feedback. There have been statistical proof that a feeling of belonging in your workplace decreases employees’ sick days. These are the reason why employees don’t feel they belong in a company:

Apart from this reason, another reason is that more and more workers are now working remotely. There has been an increase in this percentage in the US since 2005. Since this year, there has been a rise in such people in the US by 173%. Workers who work from home feel disconnected because they don’t talk to their colleagues, at least not daily, and are not part of any official events. Such workers feel excluded and don’t feel that they are a part of a company. The HR training can make the human resource professionals conduct a belonging audit properly and execute the necessary changes.

It’s the job of the HRs to ensure that the senior leaders are willing to make the necessary alterations. If they don’t think that changes are a requisite, conducting a belonging audit is a waste of time. The minorities who feel excluded in a company feel further hurt by no changes and the situation exacerbates.

How should HR conduct a belonging audit?

The HR training can ensure that they are accomplished to conduct such an audit. So, they can arrange listening sessions with employees and listen to their woes. Once that is done, they can plan some steps through these insights to bring a transformation in the organization’s culture.

The HR has to conduct this survey because they are supposed to manage the human resources. But the employees might already be fed up with such surveys because previously, no action was taken. Hence it’s the HR’s job to convince them that the survey will yield positive results.

The employees might also feel that their perception about things will be revealed to others and they will be reprimanded for it. HR’s job is to convince them that their opinions will be kept anonymous. The employees must feel that this survey is being conducted because of the leaders’ willingness. Hence, the introductory email must contain a note from them as to why everyone should partake.

The HR training can also include learning how to develop such questionnaires so that employees feel that their viewpoints are important. HR professionals can include questions from survey banks, but they can also include customized open-ended questions such as the behavior found objectionable by employees. If they have seen such behavior in the organization with others or themselves, which has left them feeling agonized or embarrassed, they should answer it. If their work in the office means letting go of their moral values, they should talk about it. So, the survey’s questions should seek blatant responses from employees. If some incident has left them feeling excluded or ignored in the company, they should report it in the belonging audit. If the employees feel lonely because no one talks to them, then address such problems in the survey.

Again, HR’s job is to do the data analysis, which isn’t an easy task. The HR’s job is to see which ethnicities feel they are often ignored the most. So, such people have the least belonging to the organization. Employees in some functions/departments in the company also feel marginalized during work, like they are not included in projects or critical decision-making. Are employees’ well-being affected by this sidelining and causing low belonging levels?

There are three drivers of belonging Comfort, which is the 1st one that means whether employees can be real at the workplace. The 2nd one is Connection which implies that employees must interact with their teams and should be able to discuss their professional and personal problems with them. The companies are creating business resource groups for this purpose so that employees can connect with someone having the same religious background or ethnicity or any other commonality. But Contribution is the most significant contributor to the feeling of belonging in an employee who is acknowledged for his work and his goals are in sync with the company’s goals.

Hence there should be a meaningful discussion to attain a common outcome. And when such debates when, there is a beneficial exchange of ideas because everybody gets to know the merits and demerits of an employee’s plan of action to solve a problem.

HR training can ensure that they can create an organizational culture that includes all the three factors of comfort, contribution and connection so that employees feel belonged. They must be allowed to dress and behave the way they want, have team conversations, share their opinions and get feedback from superiors about how they are creating a foundation for a better future for the company through their work.

This is how companies can foster a culture of belonging by ensuring that employees feel that they are contributing something.