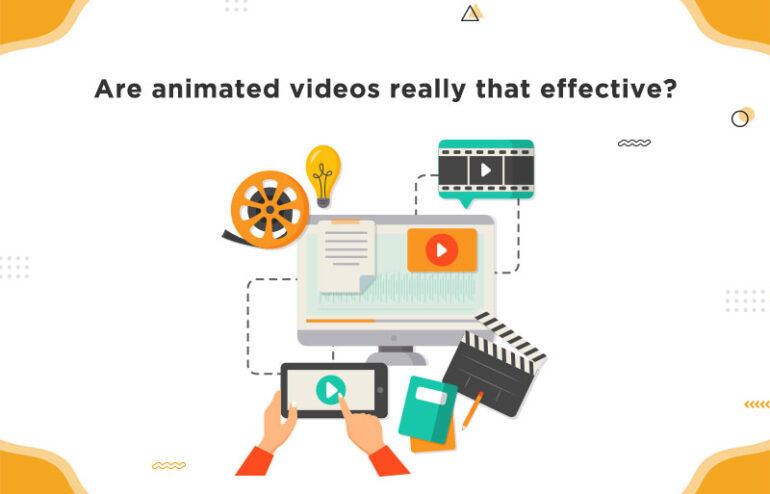 Whiteboard animation is getting popular because the viewers can be taught so much. Such animation is interesting to watch due to which retention is high. The best part about such kind of animation is that it can be used for explaining complex diagrams to the audience and blueprints also. The learners can get the complexities of such diagrams when they are drawn right before them in such animation. In whiteboard animation, the major effect is created by the drawing hand that creates the characters on the screen. People feel involved in the video because of this hand; hence it cannot be avoided.  Whiteboard animations should not be longer than 5 minutes so that the audience does not lose interest.

In whiteboard animation, there are generally black and white characters, but they can be colorful too as per the demographics of the target audience. Also, the vectors must be designed keeping in mind the culture of the audience like their attire, facial features etc. You can make the text colorful and not the characters. It also depends on whether you are importing character images from outside the software because then you must search for black and white vector images.

Why are videos needed?

These days with so much increased competition in digital marketing attention spans have become low because everybody is releasing product videos. Hence, videos grab more attention when they include motion in them in the form of character or text animation etc. Videos must contain an element of novelty due to which they cast a better impression on learners. If you have made an incredibly perky animated video, then you can get your message across to the audience because our brain releases a chemical called oxytocin after watching it. When this chemical is released, we feel positive and relaxed and hence trust the concept explained in the video.

But the eLearning companies USA must ensure that such animation is broken down into episodes for an easier understanding. Each episode must be based on a topic where elements are introduced one after the other and logically so that there is storytelling in one episode. Such videos should also be accompanied by narration.

Take images from one graphic directory only

The companies should also ensure that there is consistency in such videos because so the images should be brought from a single place. Otherwise, don’t be tempted to get the .Png images from various sources because they should have the same look and feel. The learners can have trouble remembering the last parts of the video if the graphics do not exude the same feeling.

There should be a proper video script for which hiring a content writer is crucial because he can make sure that the video has a flow. It is also better that you take someone’s feedback before delegating the script for video making. The input about the script can also be taken from the graphic designers and multimedia developers who will work on it.

Why don’t some videos get attention?

It is also necessary that music is also made a part of such videos for them to be entertaining. There are so many videos that get uploaded on the internet through sites such as YouTube and Vimeo. But why do some fail to get so many views? It’s because some of them are educational but not entertaining and vice versa. Since the proportion of visual learners has grown, companies that are not using such videos for marketing and education are losing a chunk of customers. Explainer videos are now the new phenomenon

There are multiple kinds of explainer videos that are used for teaching the target audience about how to use software:

Screencasts: A screencast video does not consist of whiteboard animation, although its introductory slides can be based on that. This kind of video introduces your learners to how to use certain software such as CRM (Customer Relationship Management) through screen capturing.

Character animation videos: Animated character video is also an explainer video, but it consists of whiteboard animation because it relies more on storytelling and does product advertising. In this kind of video, there is a description of the problem a prospect is facing and how a company’s product or service can resolve their issues. These videos are excellent ways to make the target audience acquainted with the product because you arouse their interest in the video by starting with their issues.

2D motion graphics video: There is whiteboard animation and then there is a 2D motion graphics video which is used when selling a complex service like immigration, real estate advice. There is no character sketching on the screen, unlike the other animation-based videos. Instead, there can be a screen zooming on the important characters. Videos can also have voice-overs by characters because the authoring tools have a text-to-speech facility which can make them more compelling for the audience. But it is better to have background music in the case of whiteboard animation-based videos because they have text too.