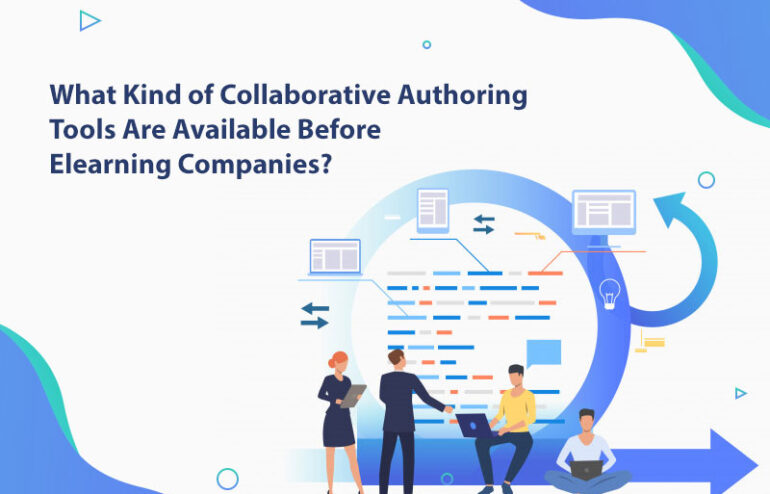 What kind of collaborative authoring tools are available before elearning companies?

Elearning companies are also working from home these days.

They are allowing their Instructional designers and subject matter experts to work from home. But that has not hampered their productivity. It is because they are using collaborative tools. Now, how do these collaborative tools work and which one should be chosen by a company, let’s know?

The benefit of a collaborative authoring tool for an elearning company is that you a developer can create a template in a different location and share it with a developer in another location. The developers can also get opinions of subject matter experts on whatever content has been created. A developers’ team can also work together on a project from different locations.

The easiest way to collaborate in elearning is by ensuring that the storyboard created in MS word is first shared in Google Docs. But the problem is when you have created a course how can you share it on Google Docs.

There are also third-party tools that can be used for comments on elearning courses. The products make sure that the SME’s can comment on the course while the IDs can work on the same. Review 360 which is a part of Articulate 360 can make some commenting easier while the original course is not affected by comments. When you download Articulate 360, you get Review 360 with it.

This tool allows reviewers to create comments on different threads. The threads can be posted by the reviewers themselves and the ID’s can respond to them. The SME’s can view the content in the browser and then start a discussion thread on the site of the software.

Adobe Captivate Reviewer can also be used because it has the same capabilities of reviewing as Review 360. But it has a problem that reviewers cant start discussion threads. Instead, they post their comments in a file. Then this file can be downloaded by the ID’s who open this document using the Reviewer.

However, the IDs can only see the published file, once they are on the same network as the SME. Reviewers who are not on the shared network must send their comments in an XML file. This file must be sent to the ID.

When the file on the shared network is seen, comments can be seen, accepted and rejected by the viewers.

Lectora also has an interesting option ReviewLink available before the SME’s to review the course. As per this option, the reviewers can use ReviewLink to view the course where it has been uploaded. The ID’s just need to send the course URL to the reviewer, he can see them via Review account. They can add comments to different parts of the course. The comments can be downloaded also to a PDF file so that ID’s can go through them in their spare time. So, this is how collaborative elearning tools can help elearning companies.