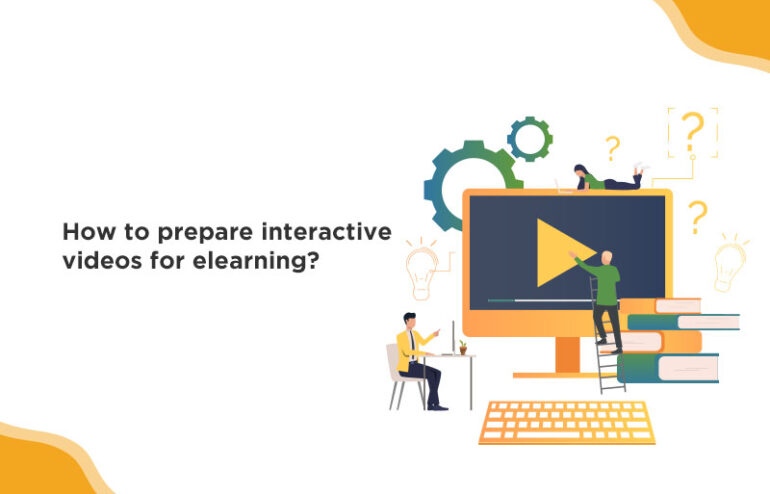 How to prepare interactive videos for elearning?

The elearning industry has expanded a lot.

Now there is the use of interactive videos to attract the attention of learners.

There are many tools available for this purpose.

It’s better to know the right way of shooting videos. The best way is to shoot the videos horizontally because such videos are watched on horizontal screens.

Don’t be short on planning

Include a question in each segment

There should not be any kind of auto-playing in the video. This implies that the video should not proceed on its own. The learner should be given the option of the “Continue Video” button. There can also be questions included in the video. These questions are important to ensure that the learner is understanding the video. You can include the question in the next slide after the content slide and when the learner fails to answer it correctly, he should be stopped from continuing. He should be given the option to try the question again. After 2-3 attempts, if he can’t answer the question correctly he should be asked to move to the previous content slide. You can shoot videos and then add “next” buttons in an elearning tool.

The length of the video is also important because the learners can’t devote attention for a long time. It’s better to have a video that is not longer than 5 minutes. In case, a longer video is needed it’s better to partition it into small bites so that users don’t have to devote their attention for a long time. There can be gaps between such bites showing users quotes from famous people on the subject.

How to prepare a video?

There are two ways to prepare a video. You can create slides with animation in elearning tools or record a video. It’s better to record such a video with a tripod because without that tool the videos can look unprofessional. You can also shoot a video with the help of a camera installed on your phone since such cameras have a megapixel resolution. You can edit the video with software such as Premier Pro and add effects between the footage. Premiere Pro also offers the facilities to do sound editing which is useful for making sure the sound is clear and crisp. But it’s better to use an external microphone to do the sound recording. It’s because the sound recording facilities on your phone are not reliable. Make sure that you capture the sound in an external environment.

So, this is how you can prepare interactive videos for your audience.