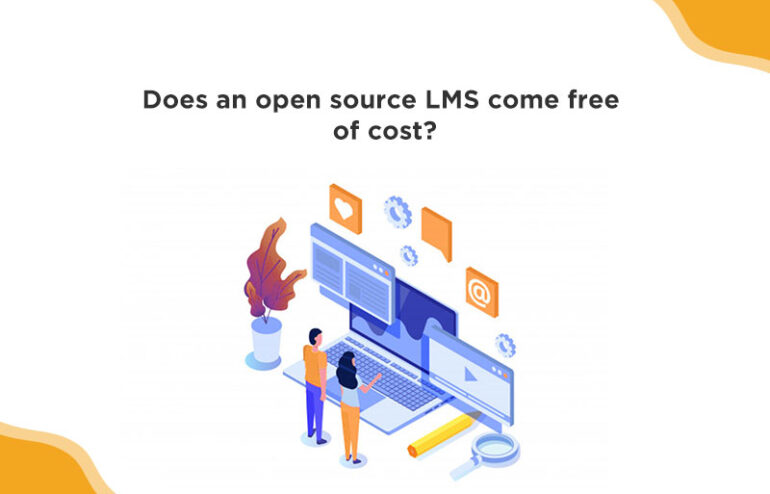 Does an open source LMS come free of cost?

An LMS is quite an inevitable option for a company nowadays. It’s because the employee onboarding is done through it.

In the times of the pandemic, when the employees cant be gathered for the face-to-face discussions, an LMS is the only solution for dispersing that useful information.

But is an open-source LMS free for your company? Let’s look at its major hidden costs.

It can be a major problem with the LMS. This software does not have a hosting service. This implies that you need to buy servers for hosting them. These are a lot of costs especially when you buy the server. However, the servers might be available in exchange for a monthly or annual subscription fee.

Assuming that a company already owns the servers, there will be server space occupied by the LMS now. Storing your LMS on your server is safe, but there is a cost required for it. Also, sometimes, you might need a separate vendor for managing the server if you don’t have much of an IT staff.

So, although an open-source LMS sounds free of costs, it does have its hidden charges.

The IT staff has a tiresome job installing the open-source LMS. They have to make sure that it’s accessible on all the devices which require coding skills.

On the other hand, when you buy a commercial LMS, there is no such headache for the IT staff. It is compatible with your devices and any such incompatibility is handled by the staff of the LMS vendor. Also, they just give you the login credentials for different employees who are going to be using it.

It’s also a huge problem with the open-source LMS. Sometimes, it might not be compatible with your elearning tools. Then, you can get plugins for them. But sometimes, changes have to be made to plugins to get the necessary functionality. Also, the plugins used by you have their costs. They might also intrude on the functionality of other plug-ins.

The open-source LMS just consists of the code. Sometimes, you have to play around with its coding to get the graphics right so that it represents your company. When you look for such skilled members, they come at a cost. Also, you can get a full-time employee for this purpose, rather than a temporary worker, but the costs are huge.

You might also need to work on the open-source LMS to make sure its navigation is easy for the users. If the user interface is too tough, then the LMS won’t serve its purpose. So, instead of buying an open-source LMS, it’s better to use a packaged resource.

The other hidden costs of an LMS are that it might have to be made available on the mobiles. An app might have to be developed for it, and then the LMS included in it. This is a huge task for the in-house developers and might take 6 months of their time. Apart from that, the LMS has to be made compatible with the operating systems of the phones of the different prospective users.