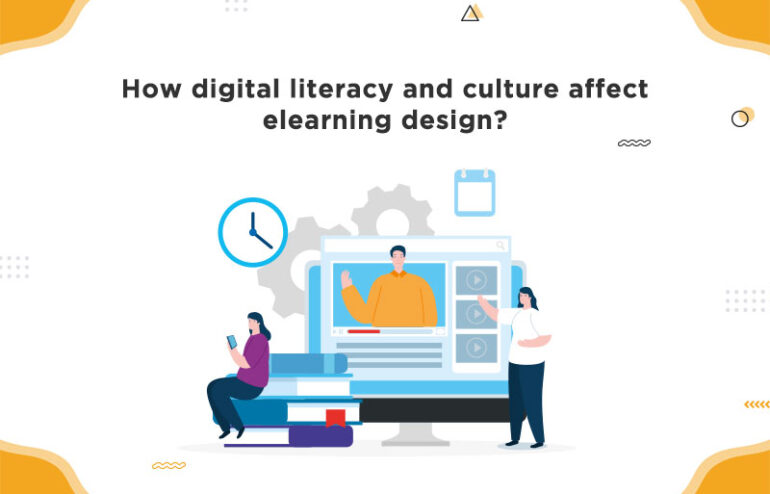 E-learning has become a massive trend all over the world. The trend is going to get better in the future because large corporations are now implementing this for their learners.

Corporate training is now experiencing huge growth because the companies have started realizing its advantage, in terms of ROI. Employees have the freedom of taking an online training course in terms of time. The best part is that since they are not studying it with other coworkers, and they don’t have to hurry with the course.

However, companies have to inform employees when an e-learning course becomes available, which is not so easy given the workload of the LMS admins and many workers. The US market is using e-learning because of the increased usage of the internet. With the pandemic, the organizations don’t have an option but to use the digital mode of learning. The corporate e-learning sector is expected to experience a huge CAGR of 10.3% from 2020 to 2026 in this country. The e-learning industry stood at a staggering US$250.8 Billion in 2020 in the US and will increase to an amount of US$457.8 Billion in 2026. So, these are exciting times for the e-learning companies USA. This growth can also be attributed to an increase in the use of social media such as YouTube and Facebook and the assimilation of major HR functions such as recruiting and leadership planning, which have necessitated digital learning.

Apart from the US, Canada has also shown a great demand for corporate e-learning, especially by government enterprises.

How can SMEs learn more about the learner?

The companies also need to focus on how to include subject-matter experts in their programs in designing the relevant content. It’s better, that the SMEs have an idea about their content so, they should get feedback from the learners. When any results have been obtained about the success/failure of the content, they should be shared with SMEs so that they can improvise. The SMEs should know that their work is about helping the learners and hence feel responsible and motivated for the same. The SMEs should also be available for discussions with the learners. The social relationships of the SME’s also improve, apart from their knowledge base getting widened through such sessions. They understand the cultural context of their target audience, which is useful in creating effective content for them.

When SME’s talk to learners, they develop empathy towards them, making them generate more useful content.

The major challenge before e-learning companies USA is to ensure that they localize the English content into that for the native audience, for whom, English is a second language.

Culture of the learner:

The job of the SMEs is to see that the e-learning content teaches skills that meet the requirements of such learners. For example, culture is crucial in designing the LMS also. For example, chat boxes don’t play such a role in query solving in East Asian cultures because the students don’t initiate such chats themselves, unlike students in European countries. The teachers and students in the US have equal status, and hence the latter contact the former without any hesitation. But in countries such as China and Japan, the students give higher importance to the teacher’s opinion than their own; hence they desire that the latter gives them lucid instructions.

E-learning companies USA which want to have a worldwide client base must focus on the leadership required by the learners because that decides the support they require, including group work. In collectivist societies of East Asia, learners prefer social activities during learning such as VILT, whereas in individualistic societies, they want asynchronous learning with greater control.

Cultural differences also have an impact on how learners perceive things. For example, red is not seen as a positive color in the US but in China represents prosperity. Hence, SMEs have to take this into account so that the content designed by them is culturally relevant and sensitive.

The LMS admins also have to ensure that the learners are not disturbed at culturally inappropriate times. It’s because in America the learners don’t like to be disturbed during lunchtime and hence any VILT session must not be scheduled. Hence, in some countries, synchronous learning becomes a problem because learners can’t be trained simultaneously due to the time gap.

The lack of knowledge about technology is also an important factor in how an e-learning course is to be designed. For those who are not well versed with technology because they don’t require computers for their jobs, the e-learning design has to be lightweight. Lack of internet access is also a reason which the e-learning companies USA, have to take into consideration while designing a learning system.

As far as the overall computer literacy across various age groups is concerned, the Netherlands has the 1st rank. Education also decides whether an adult is computer-literate or not. Digital literacy is proportional to the educational qualifications of a US adult.

The highest percentage of digital literates(95%) were found in US adults with an associate or higher degree. Computer literacy also differs among those born in the US and elsewhere. Again, foreigner-born adults have lower literacy rates as compared to those born to American citizens.

Ethnicity is also a deciding factor on whether someone knows computers or not because Whites and Asians held the highest computer literacy rates at 1st and 2nd position better than Blacks and Hispanics(only 65% of surveyed adults were digitally literate as compared to 89% in Whites). All this data was generated in a survey done in 2012 by the National Center for Education Statistics of the US.

Hence, the e-learning course has to be prepared to keep the digital literacy level of the target audience. For example, if an e-learning course has to be prepared for a semiskilled or unskilled blue-collar job holder then it can’t be using too much technology because 22% of digitally illiterate adults in the US work in these occupations such as machine and plant operators etc. like oil rig operators.