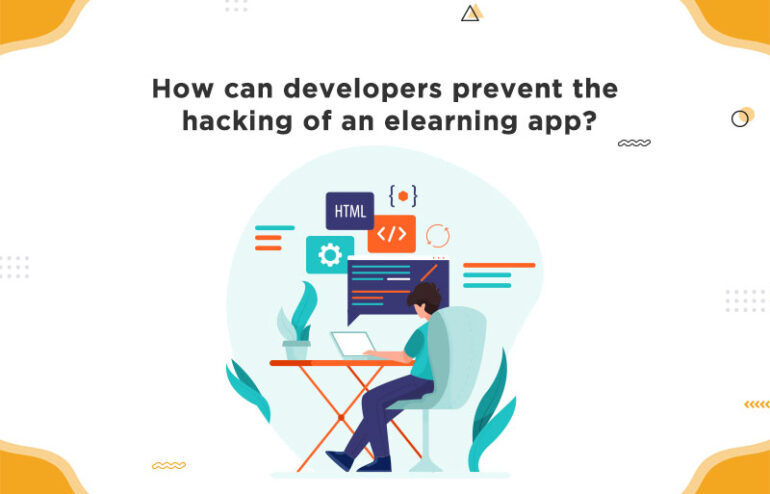 How can developers prevent the hacking of an elearning app?

An elearning app is a major resource for businesses today when they have to ensure that the employee always keeps on grasping information. Mobile apps can also be hacked, and it can make a company suffer from a loss of goodwill apart from compensating clients because their data has fallen into the wrong hands. These are the ways that can be used by elearning app developers for preventing from it getting hacked:

Once an elearning App has an SSL certificate, it can ensure that hackers can’t touch its code.

Hackers can access the code of an app when it’s installed on a user’s mobile phone.

The hackers can access all the data sent via HTTP Requests from an app to the server when there’s no SSL certificate installed. Hence, it’s the developers’ job to see that the SSL certificate is installed on its server before an app is launched.

These certificates are necessary for apps that take payments from users because when a certificate is not present, the data exchange between the app and the server is not concealed/encrypted.

The code could have been altered by someone, but a developer can ensure that it does not happen with a code signing certificate. When such a certificate has been issued, it states that a genuine software developer has created the code.

These certificates include the timestamp when the code was converted into a .exe file and the developer’s signature and are used to sign apps by the developers before they are handed over to the client. Anyone should not install software that does not have a code signing certificate because it means it could be malware that has been used to modify the code of the elearning app.

Any software which does not have the code signing certificate will show a warning message on the user’s phone when it’s installed.

The timestamp is no longer valid when an error message is shown because someone has altered the source code and generated a new .exe file later than the original timestamp. If the user installs such a modified app containing malware on his system, it can access the server.

The developers can ensure that there is no chance of the server getting hacked by accessing the app. Hence the app should be tested right from the beginning of its development. When the server can be accessed through the app, many problems can creep in when the malware can be installed on the app, and then used to attack the server. Hence when malware gets installed on the server, it can block access to the secure files containing the data of so many clients. The developer should use the scanner to know whether the app is prone to hacking.

Code scanning is used to check whether an elearning app’s code has any security-related problems. It’s because it can cause problems later, and hence it’s better to rectify them in the beginning only. But sometimes scanners are not such a great option, and hence manual assessment with regards to any security threats is also needed. There can be any attack on a server when it’s on the internet because its caters to HTTP requests. When a hacker has accessed the server, he can get sensitive data. The attacks can happen when a user enables those features which are not essential for the elearning app’s functioning.

An LMS is the core of an elearning app. It makes sure that only authorized users can access it. Hence a company should get an LMS from reliable providers and avoid open-source LMS. They can ensure that the users are only allowed to log into the app after two-factor authentication, making them enter an OTP besides their password to log in to the elearning app.

An LMS with a good API will ensure that the user is only allowed access to the app through precise verification. Users must only be allowed to set strong passwords on the app, which is impossible without a good LMS. When the passwords are weak, hackers can use them to break into the app and access the server.

ALSO READ:  How elearning is of use in the healthcare sector?