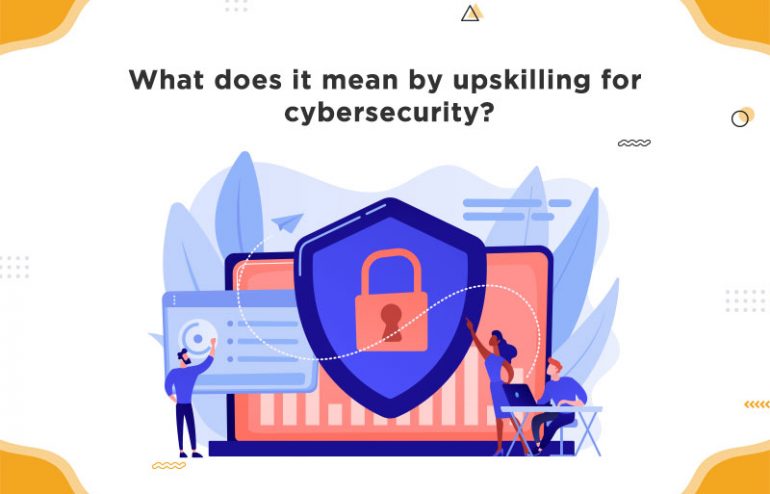 What does it mean by upskilling for cybersecurity?

Government agencies are becoming quite proactive about security measures because they face the same hacking risks as other companies. However, such agencies must be more cautious about their cybersecurity because any data breach in another country’s hands can harm their national integrity.

We live in an antagonistic environment, and a lack of security can have immense repercussions. Due to every government organization becoming accessible through the website, their database has become vulnerable to cyberattacks. Hence, government agencies must ensure comprehensive upskilling in cybersecurity for their employees at all levels.

What are the reasons for such upskilling?

Technology has progressed rapidly, and the legacy systems used by the government are no longer sufficient to tackle attacks. These systems need to be replaced because the government is also spending a lot on maintenance.

In addition, government employees need upskilling in cybersecurity because such agencies store much confidential information like social security numbers and driver’s licenses of citizens.

Such information is enough to hack their internet banking accounts.

Upskilling is also crucial for government employees because they handle the most important infrastructure in the country, such as the national and state power grids.

Moreover, the US government organizations have a hacking risk because there are no measures taken due to reckless work culture.

There is also insufficient training that employees cannot understand and hence fail to meet the compliance standards.

Measures for upskilling all employees

Government employees should be upskilled in cyber awareness and trained in taking the following precautions;

The government officials must learn how to remove the malware from the system. This is only possible if the malware code has been analyzed by an IT firm so that it can be debugged properly.

Hence, the officials can be trained to implement all the measures to mitigate the risk of cyberattacks.

What to do when a ransomware attack happens?

Government officials should also be given upskilling about how to handle such incidents that have happened. They should immediately notify CISA (The Cybersecurity & Infrastructure Security Agency) about it, which can take remedial action.

Upskilling is also necessary in case the hacker has installed ransomware and wants a ransom so that the government officials can take necessary action whether to comply with his demands or not. The ransom must not be paid because it’s not a guarantee that the hacker will yield the credentials of the hacked system. The CISA can only let the government agency the actions to be taken when ransomware has been installed.

There are training materials available that can enable employees to implement the correct incident response plan. This kind of upskilling can be given to third-party vendors working for government organizations and state and federal government employees.